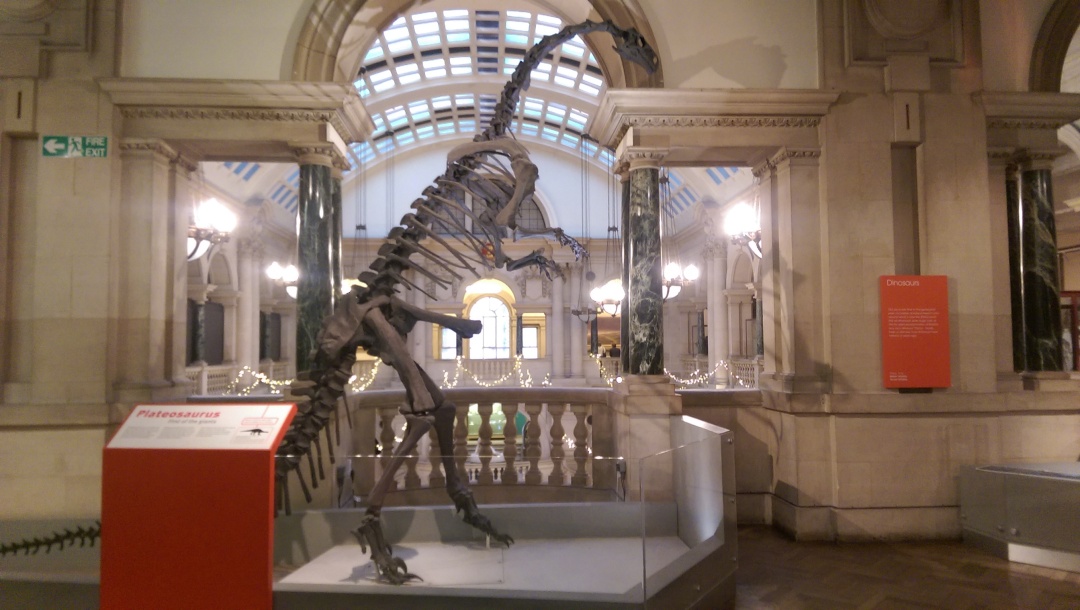 My Passion for Dinosaurs

Happy New Year! So here it is my first blog post of 2018. If you are reading this then ‘Thank You’ for taking an interest in Jurassic Finds and this blog’s development. This post will explain a bit about my background and my passion for dinosaurs.

Dinosaurs have always captured my imagination. I was born in 1993 the year of the film Jurassic Park’s release and this became my favourite film of all time. I am a huge fan of the Jurassic Park franchise and am looking forward to the fifth sequel in the series Jurassic World: Fallen Kingdom which is due for release this June. It is also the 25th Anniversary of Jurassic Parks film release this year which is amazing, so lots to look forward too over the next six months! As well as growing up watching the movies and reading the Jurassic Park novels many times I also watched many other films, BBC documentaries and TV shows focusing on Natural History and dinosaurs including The Land Before Time, Disney’s Dinosaur, Walking with Dinosaurs, Walking with Beasts, The Truth about Killer Dinosaurs, Prehistoric Park and Primeval to name just a few.

Growing up I visited the Natural History Museum in London, The Jurassic Coast and the Dinosaur Museum in Dorchester. Palaeontology was always my career idea as a child, it was the one career I was certain of going into. I followed many TV documentaries about paleontological discoveries and fieldwork. That was all I wanted to do as a career, I wanted to be a palaeontologist and to have the opportunity to study dinosaurs and dig up their bones.

During college at the age of 16/17 I realised how much work would be involved in getting there, requiring a Degree, Masters and a possible P.H.D. I didn’t have the best career advice from my college and due to other interests at the time in Geography and the volunteering I was doing I thought about pursuing a career in the humanitarian sector instead. Before finishing university I decided a gap year with a charity would be a good way to set me up for a career in the charity sector.

The gap year was an amazing experience but having heard how hard it was to get into the humanitarian sector as a career I realised it wasn’t something I wanted to do deep down. That is not to say building a career in the palaeontological sector would be any easier! Over 2017 I spent a great deal of time thinking about what career would make me happy.

All I kept coming back to was studying palaeontology and going into a career in dinosaur vertebrate palaeontology through working in Museum Curation. Through a lot of research I found various Master courses I could do. I also came across a few articles about the University of Alberta’s MOOC courses  as well as an information pack about how to get into a career in palaeontology from the Natural History Museum. Further to this I came across a very helpful blog page by Professor of Geology Benjamin Burger of Utah State University, about how there were many different paleontological jobs out there, whether it be curation, preparation, cataloguing, scientific journalism or museum education and outreach.

I decided that the best way to give myself a good starting background was to do all the University of Alberta’s non-credit degree level courses (MOOCs) in palaeontology and palaeobiology and to contact the palaeontologists at the University of Alberta for careers and study advice, the advice I got was extremely positive and helpful. I was told that it would be best to do a Masters in either palaeontology, paleobiology or Museum Studies to get the career I wanted, as well as get relevant paleontological work experience i.e. volunteering or paid work experience (volunteering which I have started).

I am in the process of doing the application for the Masters course that I want to do which is very exciting and it feels like the right decision for me. The creation of Jurassic Finds also feels like a good decision as well. I hope this blog post has been beneficial in sharing how I have got to this point in time. I am really looking forward to this blog’s development over the coming months, sharing with you all the latest exciting fossil discoveries. Keep an eye out for my next blog article which will be looking at the Pterosaur egg clutch discovery in north-western China in 2017!

8 thoughts on “My Passion for Dinosaurs”